Do you know why Mumbai is famous…??? Well, there are many reasons but I think it’s famous for three reasons

Yes, local trains…. The Mumbai suburban railways is one of the busiest commuter train system in the world and  the oldest railway system in the Asia which is built by British Government, every day 7.593 million people ride by 2,342 trains (so crowded). On 16th April, 1853 at 15:35,  the first 14 coach train ran between Bori Bandar to Thane which took 1hour 25minute to complete 35 kilometer long journey with a one halt at Bhandup to refill the train’ water tank. Since 1991, it has been expended rapidly.

Why local is a heart of Mumbai..??  (Many reasons) 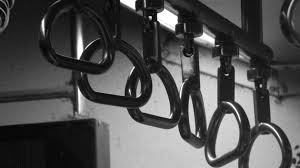 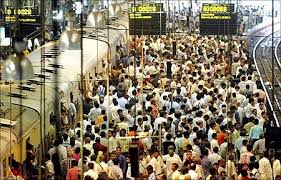 Mumbai local trains still run on electric transmitted through overhead wires. (the most outdated rail system in the world)

The Mumbai railway is the cheapest mode of transport in the city.  The rail network spread across 465 kilometers which is operated by Indian Railway’s two zonal divisions western railways and central railways (fast commuter rail corridors)

and  the most expensive ticket costs 30 Rupees. (don’t you think it’s a money savor amount)

Mumbains would go hungry without locals.

For some reason(I don’t know), the first ladies coach near the motorman’s coach is called the Video Coach. (see image may be you get the reason)
The place where unknown people know eachothers by their faces.

The Mumbai locals are non stop-able. The engine of a local rest only for 3-4hours per day. Trains play a major role in economy of Mumbai and the lives of people.  If locals are stop for a day, it will effect both financially and personally to the riders.  So..

In a true sense, the “local train”  network is the heart of Mumbai.