Jaipur celebrating RAJASTHAN DIWAS . “Rajasthan” ,  a land of warriers, celebrates its DAY every year on 30th March as  Rajasthan DIWAS(day) in the memory of it’s formation on 30th March, 1949. Rajasthan is the largest state of India  and undoubtedly one of the most vibrant states. It is the only state to witness the amalgamation of Royalty, Heritage and Modernization at the same time.

Every year,  ‘Rajasthan Diwas’ is celebrated throughout the state with great effort to reveal and witness the honor of the heritage, cultures and traditions of Rajasthan. People of the state get together on this joyous occasion and celebrate their pride to be a Rajasthani to show the state’s glorifying history  by performing several activities.

The beautiful Pink city and the capital  Jaipur is decorated with glittering lights and vibrant colors followed by a planned set of functions. The government of the state plans a colorful event every year on the occasion of Rajasthan DIWAS.  Its not like celebrating a day only its like a festival as the celebration continue a week long.The 4 day event was commenced on 27th March with the opening ceremony at the famous Albert Hall.

A Camel Tattoo event had been organized to honor the ship of the desert and the state animal ‘Camel’. The event continues till 30th March 2017 (Today)  with various cultural events planned for each day. The second day of the event began with the bhajans at the eminent and the pious Laxmi Narayan Mandir situated at the Birla Mandir. Afterwards in the daytime adventure sports festival was organized which have proposed activities like Hot Air Ballooning, Para Motoring, Rock Climbing, Aero modeling, ATV rides, Horse Riding, land Sailing etc. These adventurous activities have been scheduled at the SMS Investment Ground.

Apart from this, ‘Akashganga’ a sky diving show by IAF and then a BSF Camel Show had been organized later in the evening. The festival organise  Children Film Festival at the Inox Crystal Palm Multiplex and International Festival of Short Films on Culture. people come from the various places to watch the event . The ambiance of the festival gives goosebumps to each and every spectator. 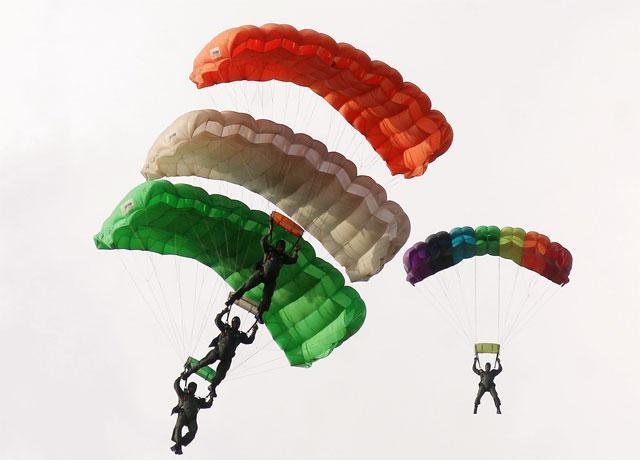 Rajasthan is known for its culture and the history and if you want to witness the history in few days you must visit during Rajasthan Utsav.